On Tuesday, February 8, the Netherlands Atlantic Youth organized an online program about the future of Japan’s foreign policy

Over the years Japan has become one of the closest allies of the US. The alliance is especially important due to the rise of China in the pacific region, which has led the US to increasingly focus its attention on the region, most notably with Obama’s ‘Pivot to Asia’. Recent developments such as the AUKUS have cemented the US presence in Asia and created a greater dependence on Japan as a close ally. However, Japan’s military development remains limited because of article 9 of its constitution. Article 9 forbids Japan forbids the use of force as a means to settling international disputes and having a military, consequently Japan does not have a military but Self-Defense forces (SDF). The SDF could up until 2014 explicitly only be used for the self-defense of Japan.

In 2014, Japan introduced a reinterpretation which gave more powers to the SDF, allowing them to defend other allies in case of war declared upon them. The move was supported by the US and heavily criticized by China.

Ever since, the Nationalist Party of Japan has sought to revise the constitution and allow for an official military. Yet, the revision has never come about, nor even a small revision, due to lack of public support.[1] Still, since 2012 Japan has increased defense spending yearly. Mostly due the rising threat of China.[2] Japan’s stance towards China has become increasingly outspoken and assertive. Recently, “top Japanese officials have said that if mainland China attacks the island, Japan should join the U.S. in defending it.”[3] Japan’s Minister of Defense has even called on Europe to speak out against China’s military expansion.’[4]

Timothy de Zeeuw, PhD candidate at Leiden University, specialized in modern Japanese history and its military history talkedabout the development of Japan’s military over the years and the cultural attitudes towards article 9. Japan remains the only country to have a constitution that forbids it from waging “Offensive” war. Moreover, many of its citizens support article 9 of the constitution. Yet, defense spending has increased year in year out in recent time.

[3] After Being Silent For Decades, Japan Now Speaks Up About Taiwan — And Angers China : NPR 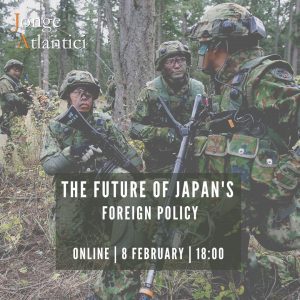