This year’s NATO Night was more relevant than ever. Never before have most of our generation lived through a war on the European continent. With the Russian invasion of Ukraine, a new era seems to have dawned on the European continent. By exploring the most prominent challenges facing NATO today and in the near future, NATO Night 2022 naturally delved into the consequences of this war on the Eastern European border. NATO anno 2022 is far from ‘brain dead’. The developments of the last few weeks and months have proven the vital salience of (military) cooperation. Where will NATO go from here?

The first panel focused on geopolitical challenges emerging on the world stage. The recent developments on the eastern flank of Europe represent a turning point in European history. the threat of Russia reinstates the importance of NATO, but what role will and can NATO play in this lasting conflict? How will this conflict influence the defense spending of NATO members? Is the Russian invasion of Ukraine an irreparable rupture in European relations? These and other questions were central in the first panel.

Not all developments and challenges emerge directly at the border of NATO territory. Therefore, the second panel, NATO Beyond Borders, went beyond material threats, exploring not only the cyber domain of NATO, but also other cross-border developments such as the cyber domain, fake news and information wars. The Russian-Ukrainian war has been full of disinformation and propaganda. What role does this information war play in this conflict and how should NATO counter this? European countries have been blocking Russian news outlets such as Russia Today and Sputnik, but is this wise? These and other subjects were central in the second panel. 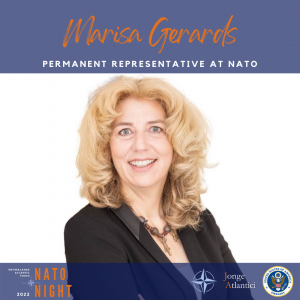 Gerards has been working as the Permanent Representative of the Netherlands since 2018. The Permanent Representative represents the Netherlands in the North Atlantic Council (NAC), the highest decision-making forum within NATO. Before that, she worked as ambassador in South Africa, Namibia, Botswana, Lesotho and Eswatini. We’re very honoured that Gerards will join us this evening and we’re looking forward to her views during this program. 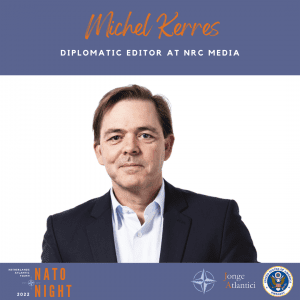 Kerres works as Diplomatic Editor at the Dutch newspaper NRC. Kerres studied Political Science and International Relations at the University of Amsterdam and Journalism at Northwestern University. 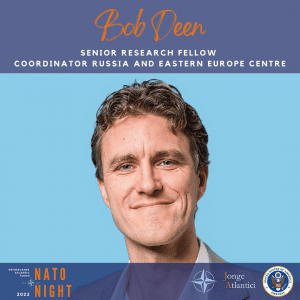 Deen’s research focuses on international security issues, geopolitics, multilateral co-operation and inter-ethnic conflict, with a particular emphasis on Eastern Europe, the Caucasus and Central Asia. He is a senior research fellow and the coordinator of the Russia and Eastern Europe Center at Clingendael Institute. 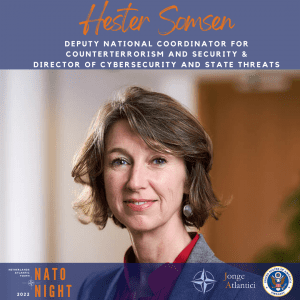 Somsen is Deputy National Coordinator for Counterterrorism and Security (NCTV) and director Cyber Security and State threats. Before joining the NCTV, Hester Somsen worked at the Ministry of Foreign Affairs where she was responsible for implementing and monitoring Dutch international security policy in areas such as counterterrorism, cyber, hybrid threats and peace and crisis management operations. 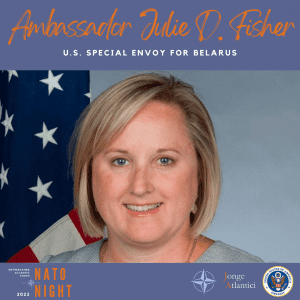 Ambassador Julie D. Fisher serves as the U.S. Special Envoy for Belarus since October 2021, working out of Lithuania after having been denied a visa by the Belarus authorities. She previously served as Deputy Assistant Secretary of State for Western Europe and the EU. Before that, she was the Deputy Permanent Representative of the U.S. Mission to NATO. 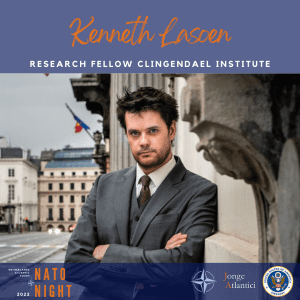 Lasoen is a specialist on security and intelligence. His expertise includes national secuity, NATO & EU military affairs, cyber defence and hybrid warfare. He works as a Research Fellow at Clingendael Institute. 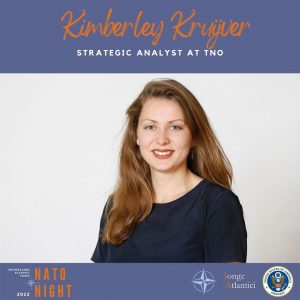 Kruijver currently works as a Strategic Analyst at TNO. Before that, she worked at Clingendael Institute. Kruijver holds a BA in Cultural Anthropology and Development Sociology, an MSc in Crisis and Security Management from Leiden University and a MA in Military Strategic Studies from the Netherlands Defence Academy. 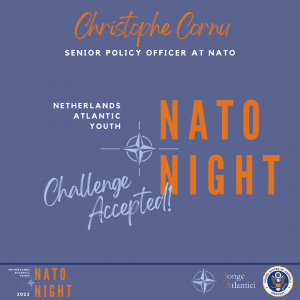 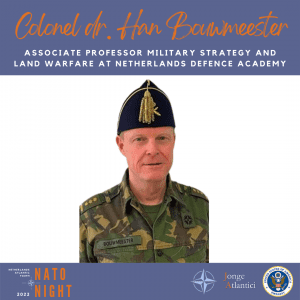 Bouwmeester is Associate Professor Military Strategy and Land Warfare at the NLDA. Bouwmeester’s specializations include political-military relations, strategic decision-making, military strategy, the development of Operational Art, and Strategic Communication as part of security policy. On 16 December 2020, he successfully defended his PhD-dissertation on modern Russian deception warfare.