On October 8, 2020, Netherlands Atlantic Youth organized the third edition of:

The official celebration of NATO’s 70th anniversary past December was not marked by business as usual. Ahead of the London summit, French President Emmanuel Macron heavily criticized the functioning of the alliance by declaring NATO “brain dead” in an inflammatory interview in The Economist. While NATO has faced internal challenges before, Macron’s controversial comments have sparked a discussion about the purpose of the alliance and its future role in the world. Is NATO in dire need of life support?

At the same time, the alliance is still showing many signs of life: Defense budgets of member states are on the rise, the United States has increased its presence in Europe, and NATO is expanding, with the possible accession of North Macedonia.

Whether you think NATO is in good or bad shape, the challenges the alliance is facing are numerous and complex: Russia’s conventional and hybrid warfare tactics are still viewed as NATO’s biggest threat, unrest continues in the Middle-East, and there is a discussion on what the alliance’s stance should be towards China. Furthermore, emerging technologies are changing the threat landscape, with the impact of cyber, space and climate issues increasing by the day.

How should NATO address these threats and challenges? And is NATO still the right actor to face them in the future? In short: is NATO brain dead or alive and kicking?

At NATO Night Jonge Atlantici reflects on the past seven decades of Euro-Atlantic stability and NATO’s central role in achieving this. We will also take the time to look at the current challenges and the road ahead. The yearly programs aims to give NATO the spotlight it deserves in the month of its anniversary and to engage students and young professionals in the age of 18-35 years on trans-Atlantic security issues.

Did you participate in the NATO Night 2020 program? We would like to ask you if you would be so kind as to complete a questionnaire about NATO Night 2020 and how the program might have influenced your views on the Alliance. 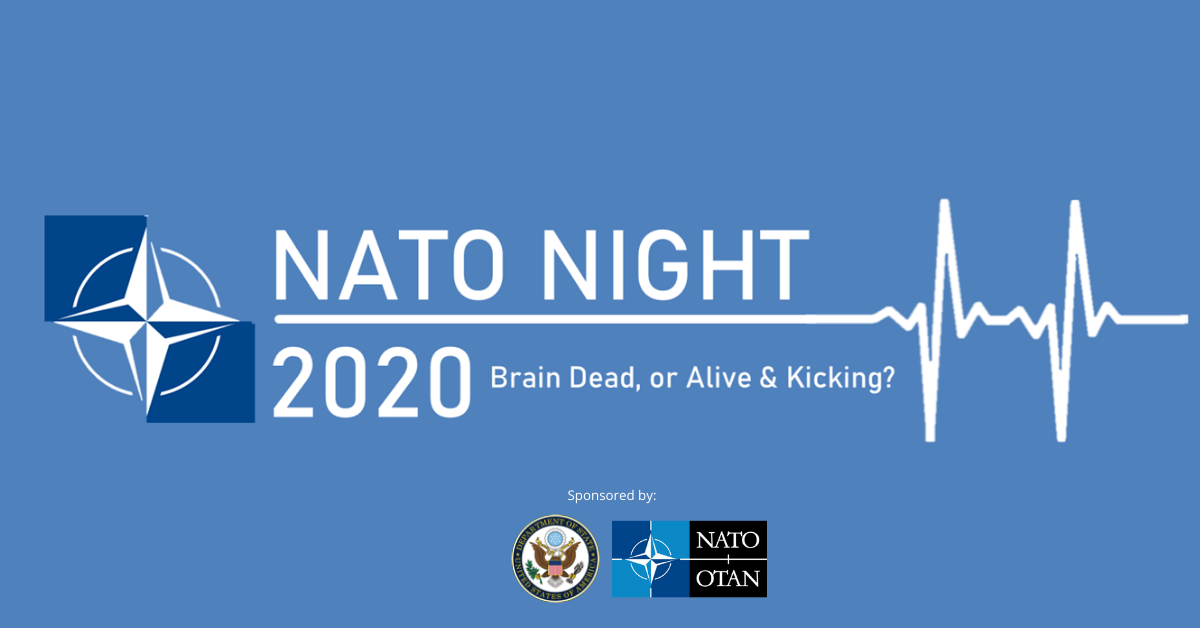 This program was sponsored by NATO’s Public Diplomacy Division and U.S. Embassy The Hague